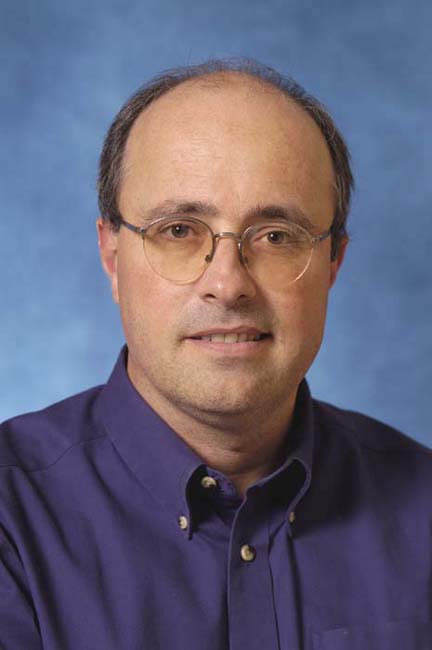 Charles received his B.S. degree in Mechanical Engineering from the Universidad Técnica Federico Santa María in Valparaíso, Chile, in 1985 and M.S, M.Phil. and Ph.D. degrees from Yale University in 1987, 1988 and 1989, respectively. During 1989/90 he was a postdoctoral fellow at the Stanford University/NASA Ames' Center for Turbulence Research.

Professor Meneveau has been on the Johns Hopkins faculty since 1990. His area of research is focused on understanding and modeling hydrodynamic turbulence, and complexity in fluid mechanics in general. He combines experimental, computational and theoretical tools for his research. Special emphasis is placed on the multiscale aspects of turbulence, using appropriate tools such as subgrid-scale modeling, downscaling techniques, fractal geometry, wavelet analysis, and applications to Large Eddy Simulation. The insights that have emerged from Professor Meneveau’s work have led to new numerical models for Computational Fluid Dynamics and applications in engineering and environmental flows. With his students and co-workers, he has authored over 100 peer-reviewed articles. Recently, the ISI has recognized the article “Scale Invariance and Turbulence Models for LES" (2000, with J. Katz) as a "Highly Cited Article", placing it in the top 1% within its field.

Professor Meneveau is Fellow of the American Physical Society and the American Society of Mechanical Engineers. In 2005, he was elected corresponding member of the Chilean Academy of Sciences. He has received the 2004 UCAR Outstanding Publication award (with students and other colleagues at JHU and NCAR), the Johns Hopkins University Alumni Association's Excellence in Teaching Award (2003), and the APS' François N. Frenkiel Award for Fluid Mechanics (2001). He is now the Joint Editor-in-Chief of the Journal of Turbulence, an Associate Editor for the Journal of Fluid Mechanics and is a member of the Editorial Committee of the Annual Reviews of Fluid Mechanics. Between 2001 and 2004 he was an Associate Editor for Physics of Fluids.

Charles Meneveau lives in Baltimore, MD, with his wife (Brigitte) and two children (Max and Nicole), is fluent in English, Spanish, German and French.